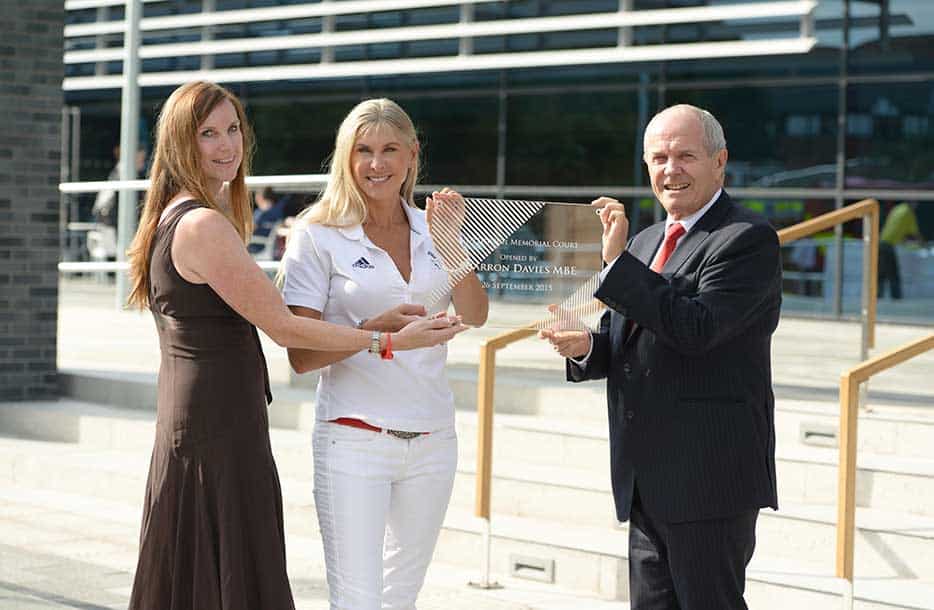 “So many authorities are selling off prime town centre pools and moving them out of town, which is great on paper, but there’s no public transport system to support it and make it more accessible.

“The fact that it’s a multi-use facility is also good – we know that money is tight in every single direction and we have to think about how we spend our money, this makes it financially viable.”

During the day she took part in a question and answer session with young Centurions and gave the fledging swimmers the chance to see the Olympic medal she won, aged 17, at the 1970 Moscow Games.

Sharron told the swimmers: “I’m just a normal girl who learned to swim, found a talent, worked really hard and had opportunities to do incredible things.

“It comes with a price – you have to work hard, want it really badly and focus – but dreams can come true if you work hard enough.”

Mrs McFahn said: “We are delighted that the community are able to take advantage of such superb facilities. It was wonderful to have Sharron officially launch the centre and inspire a new generation of young people to achieve their sporting dreams.

“Northwich Memorial Court is much more than a sports leisure complex, it’s a hub for the community, which enables people to enjoy a whole range of leisure and entertainment activities,” she added.

The sports star was also joined by former MP and TV reality star Edwina Currie who dropped in to see facilities before she stars as the Wicked Queen in the venue’s first pantomime, ‘Snow White and the Seven Dwarfs’ in December.

Northwich Memorial Court is operated by Brio Leisure and was built by Wates Construction in partnership with Cheshire West and Chester Council.

The £14.1 million centre features a 25-metre six-lane pool with flume, learner pool with removable floor, 80-station gym, spa, theatre and dance studio. There’s also a multi-purpose theatre and dance studio, a community hall, kitchen and two bars. Outdoors there is a pedestrian plaza and a memorial garden featuring the relocated memorial stones from the original Memorial Hall, which occupied the site until 2013.