#MyBrio – How Brio has helped Jennie with her health! 5 Aug 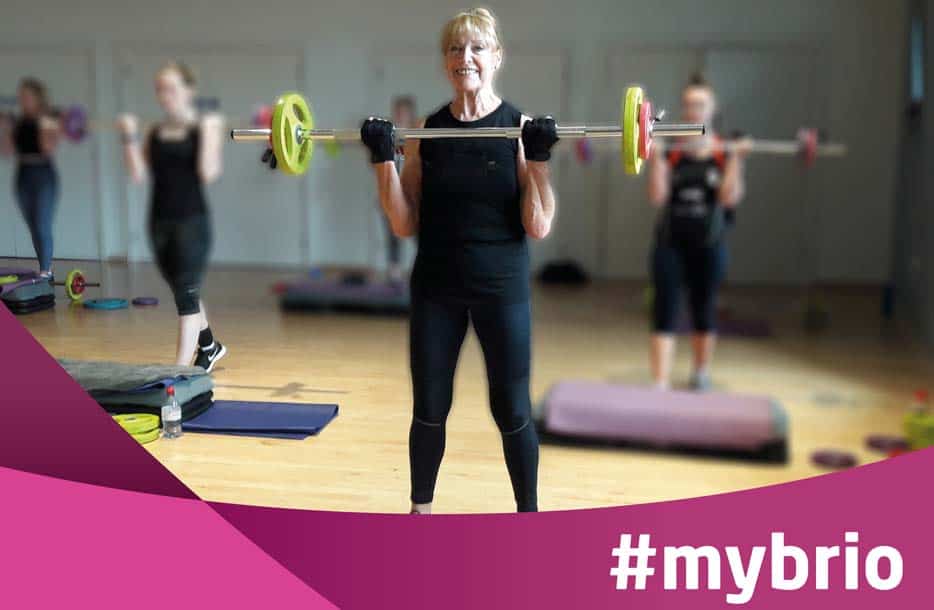 Jennie is our MyBrio story this month! She has an incredible story about how much exercise with Brio helped her. These are real, life-changing results and they make for a truly fascinating read!

Before getting stuck into her local Brio at Northwich Memorial Court, Jennie was pre-diabetic; she had previously broken her shoulder and was diagnosed with osteoporosis and given medication to deal with this and also suffered from her hip slipping out of joint regularly. It got to the point where her hip would fall out of place by just getting out of the car!

Jennie was told to stop exercising as it would cause too much damage to herself; previously, she had taught aerobics and played badminton and also tennis a lot. From the age of 40 to 65, she spent a lot of money on keeping her hip in joint and wanted to find another way to get stronger and not have to spend as much money on her hip.

Pilates was suggested to Jennie, and so she thought about giving it a try. Pilates is excellent for strengthening the little muscles, and she found this really helped improve her hip. Now she hardly walks with a limp, and her hip rarely slips out of joint!

Jennie says the best thing that has happened to her was when she had taken up going to BODYPUMP classes; these really helped her strengthen all her muscles and can now lift 30kg while doing a BODYPUMP class at the age of 73! Once getting to this point, Jennie felt like she didn’t need her medication anymore and went to see her doctor. From being diagnosed with osteoporosis, a health condition that affects the bones, Jennie was then diagnosed with osteopenia, which is the step before getting osteoporosis! With exercise, she had helped her bones strengthen again!

Allison, Tony and Stella are the Brio instructors that really helped Jennie with reaching her goals; they all taught her BODYPUMP and BODYCOMBAT, motivating her never to stop reaching higher. They would encourage her to reach for the heavier weights, which helped lead to her fantastic health.

Jennie tries to go frequently to the centre; she will go up to 5 times a week and take part in at least 2 classes a week – though there was a time when she was doing a lot more than that too!

At one point, Jennie took part in the Boot Camp; she loved doing this and found a lot of people younger than her asking how she was able to lift so much and remain so active. They would ask her if she had changed her diet or cut out certain drinks, but Jennie says it is all down to exercise!

As an older person, she said you might not want to try out these classes; but she has seen how much it has benefited her and increased her confidence. Since going back to the gym Jennie has lost 2 ½ stone, she has done this slowly but has seen how much it has benefited her. From previously being pre-diabetic, Jennie can now say she does not have the risk of being diabetic anymore! This again is all down to exercise along with how she had needed blood pressure tablets and has been able to cut the dosage of these too!

Share your story about how Brio has helped you reach your fitness goals; and grab a free 1 month Premier Membership!