The Charlatans’ Homecoming to Northwich Memorial Court!18 May 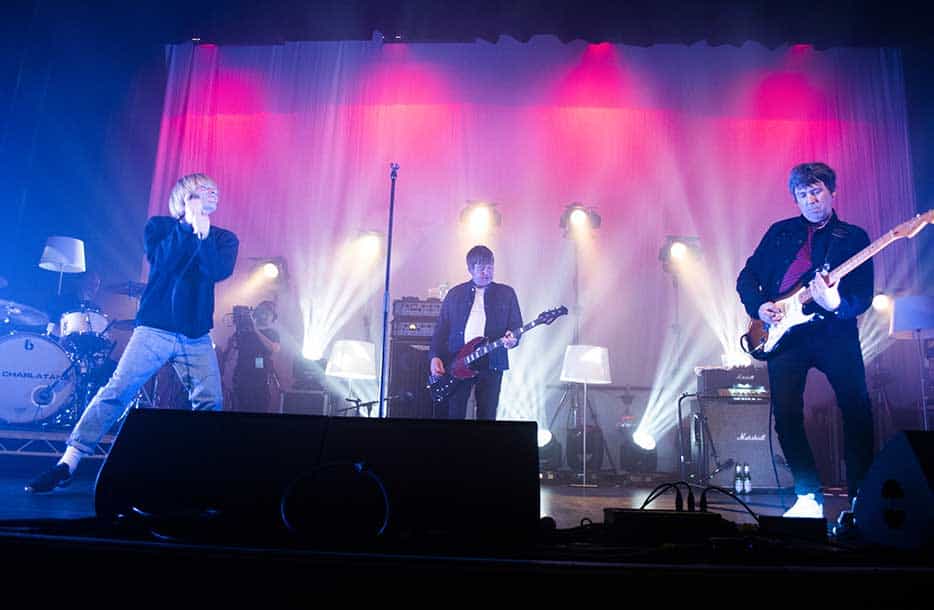 We’ve been having a very exciting week here at Brio! The Charlatans have arrived at Northwich Memorial Court!

The Charlatans have had immense success in the music industry over the last three decades, with a host of top 10 albums and even supporting The Who and The Rolling Stones!

This week the North By Northwich homecoming festival has been taking place across the town. Spanning across ten days it has involved a number of venues hosting bands and DJs, a vinyl record fair and exhibitions of the band, it’s also had some very special guests including footballer Gary Neville!

It has caused a great buzz around the town and of course The Charlatans are performing for four nights at Northwich Memorial Court! After the band’s tour rehearsals here earlier in the year they enjoyed it so much they returned to Memorial Court for some amazing shows! Fans around the world even have the opportunity to live stream Friday night’s show! 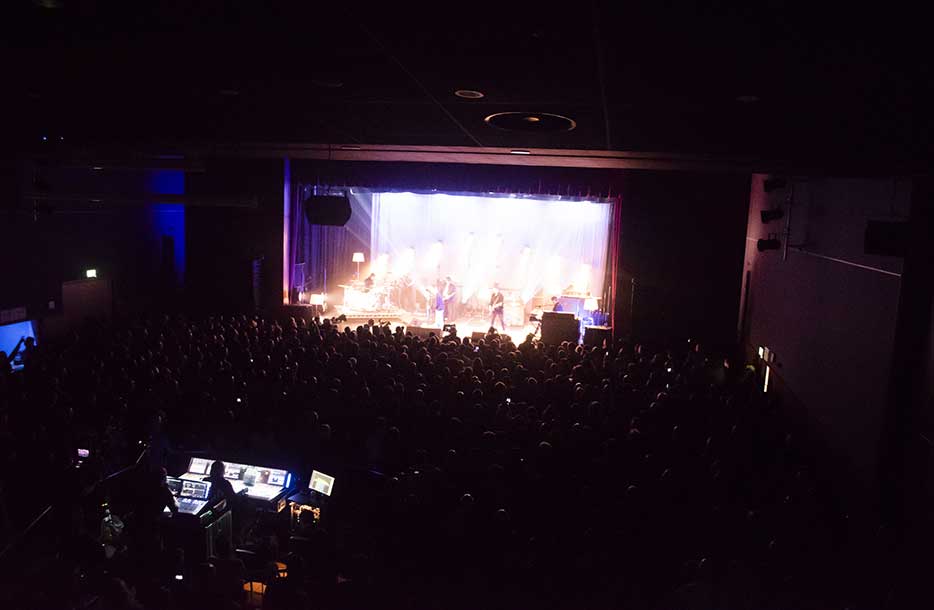 I went along to the gig on Thursday evening, each show the band have been changing their setlist, so it was a great surprise to find out what hits they would be playing on the night!

I’ve been to see different shows at Northwich Memorial Court, from panto to comedy, and it was my first time experiencing a live gig at the venue. Live music always creates a great atmosphere, and the excitement for the band was clear as the room filled up for the show.

The band open with Not Forgotten, and their iconic indie sounds fill the hall. Tim Burgess has an incredible stage presence and has no bother getting the audience singing and cheering along.

The Charlatans have put a lot of effort into the week of events in the town and its clear to see how much they enjoying playing back in their hometown. “It’s a very special week, it’s brought a lot of people together. Let’s all be proud of that,” Tim proudly says during the show.

From Just When You’re Thinkin’ Things Over to One Another, The Charlatans belted out some of their biggest and most loved hits, returning for an encore with Easy Life and the song they famously finish every show with, Sproston Green. During Sproston Green the stage was very appropriately lit up green and was an incredibly poignant setting for the song.

When Tim asked who would be returning tomorrow it was surprising to see how the many of the audience’s hands went up! It says a lot about a band when people make the effort to go see them multiple times in the week. Admittedly, I was jealous of people going to see them on Friday night too!

During the last few months we’ve seen a variety of musical acts take to the stage, from opera to jazz, and The Charlatans have undeniably helped to continue our brilliant variety of styles in Northwich Memorial Court. 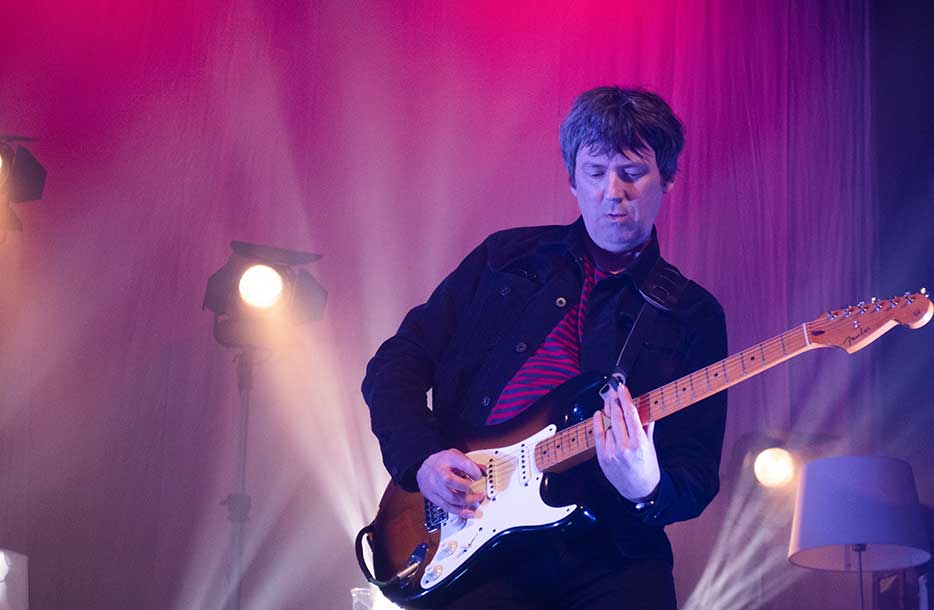 It’s been a fantastic week at the centre, and the Northwich Memorial Court team have done an incredible job at hosting the shows! Paul Hesketh, centre manager has thoroughly enjoyed it:

“It’s been brilliant having The Charlatans at Northwich Memorial Court. The first night was fantastic, and over the week we’ve really enjoyed welcoming loads of people to the centre. The Charlatans have a link back to the old Memorial Hall, and it’s wonderful that they’ve come full circle to play at the new centre. I’m really proud of the centre and team for all of the hard work that’s been put into planning for this to put on these great nights for Northwich!”

Over the past few days our social media and centre has been flooded with amazing feedback from Charlatans fans who have attended the shows. We’re so proud to welcome them back to Northwich, and we hope they come back for some more gigs here, as I’m sure many of you do too!

You can find out about more of our upcoming shows at Northwich Memorial Court here.

All of these photos were taken by the wonderful Molly James, who works on poolside at Northwich Memorial Court. She’s also a photographer, so if you’d like to check out her work, take a look at her website!